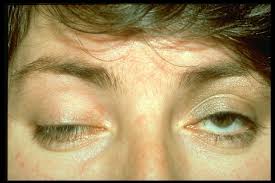 Myasthenia Gravis (MG)  is another case of the huge fraud being perpetrated on the people by BigPharma and the medical community. It just makes you sick! Health care costs  for MG are $20,000 per year on average  and they don’t cure it!  There is no profit in a cure, thus they tell you it is incurable!. The treatment of choice are corticosteroids  with all their nasty side effects and long term health risks (see side effects of corticosteroids at the end of this article). If corticosteroids don’t work the doctor will recommend cutting out your thymus gland-in important part of your immune system that makes T cells !!!  What next? Blood letting??? And there can be side effects from thymectomy surgery such as-Pain. Pain is the most common side effect of chest surgery, including a total thymectomy. People often have pain for several months after surgery, which can make it difficult to breathe deeply. Pain can also make it difficult to do breathing exercises to help prevent lung problems. And longer term side effects can include lupus and odd connective tissue diseases!

What if I told you there exists a different kind of steroid that will cure you of your MG that costs next to nothing because it is unpatentable. It is Vitamin D3 which is actually a seco-steroid hormone that is involved in tissue/immune system remodeling/modulation and controls 2,000+ of your genes many of them involved with your immune system. If you buy the bulk powder Vitamin D3  (instead of overpriced pills) to cure your MG  the cost  would be next to nothing, certainly less than $10!

Anyway  back to Myasthenia Gravis-

For example here is the first google search result-

The doctors were amazed (and they were talking about Dr. Coimbra in Brazil by the way)>>

Unusual or unexpected effect of treatment

This is a case report of a patient with severe and refractory myasthenia gravis (MG) who followed a “high-dose vitamin D treatment”, a massive-dose treatment (80 000 to 120 000 IU/day) promoted by a medical center in Brazil (but still not proven), and she had her first complete remission after this type of treatment with increased vitamin D serum levels (400 to 700 ng/mL).

This case report may reinforce the reported correlation between vitamin D level and disease severity and introduces a possible new use for vitamin D as a potential target for treating autoimmune diseases. We recommend large, double-blind, placebo-controlled, randomized studies using high-dose vitamin D treatment for refractory autoimmune diseases to reliably assess this pharmacotherapy target for these diseases.

Vitamin D has been linked in different ways to multiple autoimmune diseases. Herein, correlations were found between vitamin D levels and disease severity [1–5], incidence [2–5], and higher-dose vitamin D usage and illnesses improvement or remission [6]. In multiple sclerosis, besides all these correlations, lower vitamin D levels are also associated with relapse [4]. Vitamin D is actually a true hormone by definition, with a cytosolic receptor that acts in gene transcriptions and silencing. It has been shown to play a role in immune system modulation [7–15]. We performed a PubMed literature search on vitamin D and myasthenia gravis (MG) and found only 3 articles. A pilot study showed a correlation between lower serum vitamin D levels and MG prevalence, as well as autoimmune marker decrease and fatigue improvement after vitamin D3 supplementation with 800 IU/day [6], and 2 other studies demonstrated the role of vitamin D role in the immune system in MG triggering [7] and suppression [8].

A 49-year-old woman had a diagnosis of MG in 2008 after presenting clinical symptoms of severe and progressive muscle weakness and compromising respiratory muscles support, which led to intubation at an Intensive Care Unit and she was classified as Class V according to the Myasthenia Gravis Foundation of America Clinic Classification. Between 2008 and 2013 she had some improvements after specific treatments for MG, including corticosteroid, azathioprine, pyridostigmine, and thymectomy (surgery in 2009). The lowest doses she had been taking until 2013 were prednisone daily intercalation of 20 mg and 5 mg, azathioprine 200 mg/day, and a daily dose of 120 mg pyridostigmine. She had never had complete remission of MG symptoms, even with higher doses of medications, such as daily intake of 80 mg of prednisone and 720 mg of pyridostigmine. Moreover, she experienced several episodes of disease relapse, with critical muscle symptoms worsening and continuous breathlessness.

Unsatisfied with her refractory clinical status, she decided to look for “alternative” treatments, and looked for a physician who would administer high-dose vitamin D treatment as a “potential treatment for vitamin D in autoimmune diseases”. In April of 2013, she started to take 80 000 IU/day of vitamin D and to consume a calcium-free diet to prevent hypercalcemia. She did not stop taking any of her medications at the time she started taking massive doses of vitamin D, which means that she did not replace the proven and well-established treatments with an experimental one.

She started to have significant improvements in fatigue and in muscle weakness, and became asymptomatic for the first time since she was diagnosed. She decreased her medication doses, followed by a neurologist, and was able to suspend pyridostigmine and to decrease prednisone to 10 mg/5 mg every other day and decrease azathioprine to 100 mg. Also, her anti-acetylcholine receptor (AChR) antibodies decreased from 7.40 nMol/L to 2.68 nMol/L (normal range: <0.50 nMol/L) (Figure 1). All the symptoms and the antibody level had a direct and linear improvement relation with serum 25(OH)D levels (Figure 1). In August of 2014, after an involuntary and blind vitamin D discontinuation due to bad-quality compounding of vitamin D, she had a severe relapse and progressed to respiratory insufficiency and intubation. She explained the possible cause of her relapse after a new blood test and sample analysis result of the compounded vitamin D, which was shown to contain no cholecalciferol (25-hydroxy vitamin D). Improvement of this relapse was refractory to a large increase in doses of medications, but she responded when vitamin D was reintroduced. During this episode, her antibodies increased from 2.68 nMol/L to 13.95 nMol/L, and vitamin D levels decreased from 605 ng/mL to 284 ng/mL (normal range: 30 ng/mL to 100 ng/mL) (Figure 1). Along with the therapy, calcium serum levels and 24-hour urinary calcium never exceeded the normal range. Parathyroid hormone (PTH) decreased from 42 ng/mL to 8.5 to 9.5 ng/mL (normal range: 10 ng/mL to 55 ng/mL). A noticeable and direct correlation among vitamin D levels, MG severity, and antibody levels could be seen. The patient has only had 1 electromyography, prior to the beginning of the follow-up, but was not able to bring the result to us.

Medical and scientific thinking about “high-dose” vitamin D treatment is still confined to the recommended doses for vitamin D replacement, which may not lead to many potential effects, whereas in this case report vitamin D might have played a pharmacological role, as it was given in massive quantities. Due to the lack of studies with supra-physiological doses of vitamin D aiming to achieve pharmacological actions, strong evidence that vitamin D improves autoimmune diseases is yet to be shown. When massive doses of vitamin D are used, many effects surface, especially in the immune system. Cytosolic receptor, ability to silence or express genes, and immune modulation and inflammation are features that suggest a potential role of vitamin D as a real medication for autoimmune and inflammatory illnesses [6,8–13,15], with some similarities in immune response when compared to high-dose corticosteroid therapy effects. Thus, the possible link between vitamin D and the immune system is at least partially known, but it is still not completely understood. The chronological associations between complete remission of MG symptoms and vita-min D massive-dose treatment, which had not been seen prior to this therapy, relapse after a blind discontinuation, and new improvement after vitamin D reintroduction show a strong exposure-withdrawal correlation, which shows vitamin D to be a key tool, as in this case report.

Vitamin D could be an option for refractory situations in most autoimmune maladies. Some reports have shown the same vitamin D exposure correlation with improvements in patients with multiple sclerosis (MS) and other illnesses. Among the autoimmune disorders, MS is the most empirically tested for vitamin D massive-dose, despite the lack of evidence of long-term safety of massive-dose vitamin D treatment. Few adverse effects are reported when a calcium-restricted diet is strictly followed, but complications, mainly from hypercalcemia, such as cardiac arrhythmias, and kidney stones (secondary to hypercalciuria) and impairment, are real and have been reported. Moreover, sudden interruption of vitamin D therapy could theoretically cause a severe relapse, which was seen in this case report.

For these reasons, double-blind, randomized, placebo-controlled studies that test effects of massive doses of vitamin D in the most common autoimmune diseases should be conducted, as there is enough data to suggest that vitamin D could be an effective therapy for these disorders. Although some trials that are testing supra-physiological doses of vitamin D as a potential pharmacological tool are being conducted with multiple sclerosis patients, there are at present no such trials in other diseases.

Researchers should be careful before concluding that vitamin D works as a pharmacologic target, as sub-dosage is a potential bias for investigations. Massive-dose vitamin D therapy is still an open field, and future possibly inconsistent findings might be due to heterogeneity of the doses used. As previous reports with large sample sizes using long-term massive doses of vitamin D (80 000 to 120 000 IU/day) did not show important and severe adverse effects, these daily quantities are plausible to be initiated in further studies. Due to possible sub-dosage leading to a possible nonresponse to therapy, studies should be initially conducted with higher doses, and if its efficacy is proven, doses can be lowered.

Despite the potential benefits of vitamin D in MG and other autoimmune disorders, patients should be strongly advised about risks and adverse effects, and it has to be stressed that vitamin D massive-dose therapy is a mere hypothesis for further studies and there is still a lack of long-term safety data; therefore, it should not be offered as an alternative to the available options for MG treatment.

Vitamin D could be a potential therapy for some disorders. This case report shows the correlation between vitamin D and myasthenia gravis clinical status, which reinforces the possibility of benefits with massive-doses of vitamin D in MG. Possibly, vitamin D massive-dose treatment could eventually be considered as the “next corticosteroid therapy” due to similarities in immune responses and mechanisms of action with this well-established modality, even though it is still too early to claim that.  Am J Case Rep. 2016 Jan 29;17:51-4.

Side effects of oral corticosteroids used on a long-term basis (longer than three months) include: