THE CURE FOR AUTISM IN CHILDREN AND POSSIBLY ADULTS? 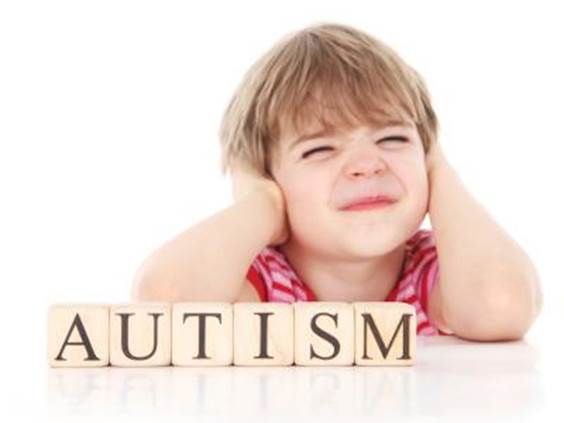 I don’t know why I didn’t figure this out sooner!  Forgive me. I have had all the puzzle pieces for years, I just never spent much time working on fitting them together. However, I always had a nagging feeling that what I am about to suggest, could be the cure for autism-I just didn’t run with it!

But once you put all the puzzle pieces together-the likely cure for autism in kids and probably in adults seems so obvious I want to kick myself.

I even helped raise an autistic boy from age 5 to 19. But the first time I had all the puzzle pieces would have been about 5 years ago. But I was busy trying to research all the other diseases cured by correcting Vitamin D3 deficiency that I didn’t apply what I was learning to autism. But all the amazing things I have learned in the last 5 years about Vitamin D3 have finally hit me in the face.

I expect autistic brains can be cured with very high dose Vitamin D3 therapy over maybe a three month to one year period! Crazy! I can imagine many readers saying. Keep reading, and by the end of this article I think you will come to the same conclusion!

I expect a very high likelihood of it working in young children, and a pretty good chance it will work in autistic adults as well!

Let’s start laying out some of the puzzle pieces, here are some relevant facts needed to construct this theory.

Here it is the smoking gun! –

This second set of Chinese doctors nailed it!  But they were hesitant to trumpet their horn-because  IT WAS JUST ANECDOTAL!!! (worthless to the science community who have been brainwashed to believe that you can only trust facts from double blind placebo controlled studies!)

(Just so you understand-if you told a true science zealot that if you shot a man in the heart with a shotgun at point blank range-that it caused him to die-He would say “NONSENSE! I won’t believe it until I see a double-blind placebo controlled study that proves it’s true!” And he will ignore the fact until there is a study done!” That is the type of person doing the world’s research into diseases-  trust me on that!  Ok here is the smoking gun>>> 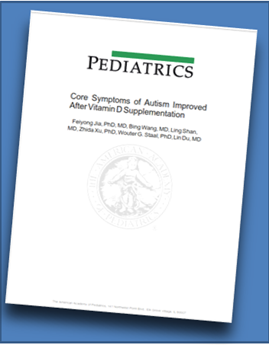 Doctors in China are reporting that treatment with vitamin D appeared to produce dramatic improvements in a toddler with autism. They call on researchers to conduct clinical trials to evaluate the benefits and safety in individuals with autism and low vitamin D levels.

The report appears today in Pediatrics, the journal of the American Academy of Pediatrics.

“Scientists are studying the role of vitamin D in many brain disorders, from depression to dementia,” notes developmental pediatrician Paul Wang, Autism Speaks senior vice president for medical research. “This is an area where Autism Speaks is supporting research and is watching closely for results.” 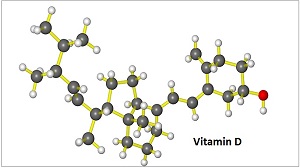 In their report, autism specialists at China’s First Hospital of Jilin University describe a toddler they diagnosed at 32 months with autism spectrum disorder (ASD).

They describe how the boy did not respond to his name or instructions and spoke only a few isolated words. He didn’t play with toys, but instead compulsively smelled objects and shredded paper. He ran in circles “endlessly” and suffered from tantrums that involved head banging.

After two months, the boy’s vitamin D blood levels had risen to 81.2 ng/mL, and his parents were reporting clear improvements. The boy had stopped running in circles and banging his head. He was responding to his name, playing with toys and asking his parents to hold him in their arms. Re-evaluation with a diagnostic checklist likewise showed significant improvements in all areas of core autism symptoms.

“It is important to note that this single case observation cannot be generalized to all patients with ASD,” the doctors write. “It is hoped that this case report will encourage researchers to conduct further long-term controlled clinical trials.”]-end article

So, the bottom line is this

You can wait for all these researchers to tip toe around and someday declare “give high doses of D3 to your autistic toddler, and to your expecting mothers and autistic adults”. Which might be another decade if you know how slow science progresses.

Or you can evaluate these facts and decide to enlist yourself and your autistic child into a self-experiment to see if high dose D3 therapy works or not. I have heard back from maybe 1,000 high dose Vitamin D3 experimenters and have heard of adverse outcomes in only about 6 cases, a few got too much calcium in their blood and became nauseous and lost lots of weight but were fine a month after stopping the D3, and a few got kidney calcium stones which are painful but not all that dangerous. None of them were taking the suggested amount of Vitamin K2 to keep the calcium out of the soft tissues and in the bones! (see my book).

One more thought is this-if high dose oral Vitamin D3 (cholecalciferol) therapy does not work in a certain case, then it might be reasonable to seek a doctor who might  administer the even more active Vitamin D3 (calcitriol) that is by prescription only. This is due to the possibility that some forms of autism might be caused by the inability of the child to convert cholecalciferol into calcitriol properly. It is actually the calcitriol that does all the good work.

My guess is that if 13% to up to 33% of kids diagnosed with autism eventually get full resolution to normal, it can’t be that hard of a process to figure out-I think we have figured it out. Basically, you need to trim their large brains down to normal size, and that, I expect, will happen with high dose vitamin D3. The all-tissue remodeling hormone (my description).

If it was me, and I had a child, sibling, or even parent with autism I would try to convince them to follow Dr. Coimbra’s protocol for Multiple Sclerosis. 1,000 IU of D3 per kg of weight per day, avoid foods with a lot of calcium, drink an extra liter of water per day (you don’t want to get calcium kidney stones) take some Vitamin K2 (my advice) and magnesium supplements every day. And get the blood tested for calcium every several months.

As long as the blood calcium levels are normal (within the reference range) there is basically no danger at all! All the D3 hysteria and danger comes from excess calcium in the blood. You can read more about high dose D3 experiments in my book available on amazon:

I, of course cannot recommend you do any of this for liability reasons. And I highly recommend you ignore everything you just read as I have no “credentials” bestowed upon me by any institution other than public opinion. What I do have is a command of many facts, my argument, and theory. So, it is up to you.to determine the merits of this idea with your own research and conclusions.

Good luck, and I would be really interested in hearing about any results, my email address is Jeffbo at aol dot com.

7 thoughts on “THE CURE FOR AUTISM IN CHILDREN AND POSSIBLY ADULTS?”