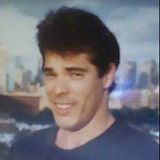 July 3, 2018
Source:
University of Miami Miller School of Medicine
Summary:
In 2017, a case report by Dr. Anna Nichols showed the HPV vaccine Gardasil reduced the number of new basal and squamous cell skin cancers in two patients. Tim Ioannides, M.D., a voluntary faculty member at UM, suggested using the vaccine as an off-label treatment by directly injecting it into the tumors.

“I think we had a really reasonable expectation and good data that this was actually going to, at the very least, do no harm to this patient, and possibly provide some benefit,” said Dr. Ioannides. “To have this type of result in such an advanced patient I think was beyond all our expectations.”
The patient was first given two doses of the 9-valent HPV vaccine in her arm, six weeks apart. A few weeks later Dr. Nichols directly injected several but not all of the patient’s tumors. The direct intratumoral injections were given four times over 11 months.
“All of her tumors completely resolved 11 months after the first direct tumor injection, and she has had no recurrence,” Dr. Nichols said. “It has been about 24 months now since we started with the treatment.”
“They decided to try it and it worked. It killed them all off,” said the patient, who is now looking forward to celebrating her 100th birthday this fall.
So that’s about it for “about me” for now…I might add some more later.
FacebookTweetPinLinkedIn